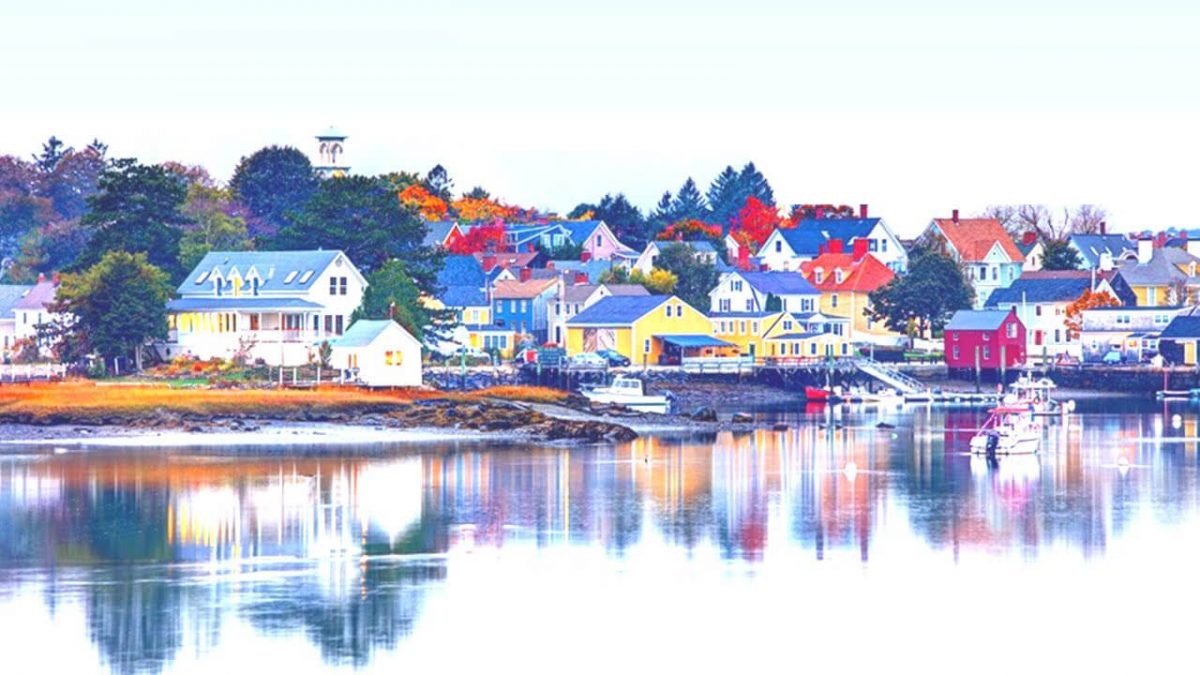 A couple weeks ago we took a weekend trip from Boston to Portsmouth, New Hampshire. It was a beautiful early fall weekend and a perfect time of year to explore our eastern seaboard. We landed in Boston on Friday night and then drove out to Portsmouth staying two nights in town. It was a fun weekend and we got to enjoy great seafood, learn some history, and have fun exploring this culture-rich region.

Portsmouth is a coastal city of about 21,000 residents about an hour north of Boston on Piscataqua River. The town has a rich and long history. It was settled back in 1623, and prides itself on being third-oldest city in the U.S. Originally, it served as a shipping hub. While that’s no longer the case, the Portsmouth Naval Shipyard established in late 1800 still operates today.

Here are top five things to do during your Portsmouth weekend:

Portsmouth has a charming downtown area that features the North Church, Market Square and lots of shops, restaurants and galleries. It’s definitely worth checking out and spending a couple of hours wandering around. Bonus for shopping in Portsmouth? No sales tax!

While walking around Portsmouth make sure to check out the Portsmouth Harbor Trail. It passes many historic and scenic sites as well as shows off local flavor.

The Strawberry Banke Museum is an outdoor museum site that covers 10 acres. It shows off Portsmouth’s earliest English settlements through historic houses and exhibits within the homes. We didn’t really expect too much since we’re not museum people, but this was a really cool part of our Portsmouth weekend. The area is very well kept and houses truly reflect their historic eras. It’s also a lot bigger than we thought, we spent a couple of hours walking around, exploring the homes, learning the history and taking pictures.

An interesting fact we learned in the museum is about people’s sleeping habits long ago. For heat reasons all home resident slept in one room by the fireplace. They would go to bed really early – when it got dark. Then wake up in the middle of the night and stay awake for about an hour talking and enjoying each other’s company before going back to sleep for the rest of the night.

We loved that there are U.S. flags by each home corresponding to the time that the home was built. So in addition to seeing houses we also got to see the history of U.S. flags.

Also, make sure to stop by the nearby Prescott Park, which offers gorgeous waterfront public gardens, walkways, grassy areas and flower walls.

Play on a Submarine

The USS Albacore Museum is a retired 1953 US Navy submarine that was turned to an interactive museum. It was the fastest in the world at its time with a unique teardrop shape. The 205-foot submarine was a research submarine testing unique and innovative technologies. In 1977 the Navy decommissioned USS Albacore and was headed for destruction until someone had an idea to turn it into a museum.

This was by far the most fun part of our weekend. We found Albacore by accident while driving and decided to check it out. We got there right when it opened and we had the entire submarine to ourselves. What was really cool is that this is not a typical museum with “do not touch” signs everywhere. In fact, in this interactive museum you are encouraged to touch, push buttons, check out all of the nooks and crannies, as well as play around with equipment.

Make sure to check out the story of bringing the submarine to its current location. It was towed 575 miles from Philadelphia. Then local engineers designed a plan to float the 300-ton ship a quarter mile inland from the Piscataqua. The Albacore sailed through a main road leading into Portsmouth and through the railroad trestle. The move had to be made at the absolute highest monthly tide. The museum has pictures and stories from the 1985 move.

Star Island is part of Isles of Shoals, a group of small islands and tidal ledges 6 miles off the coast of Portsmouth. You can take a half day cruise to the island and explore it for a couple of hours. In season you can also stay in the island’s hotel.

We were there right at the end of the summer season, so the hotel was already closed. But it was still a great adventure walking around the island, checking out the small cottages and admiring ocean views. Isles of Shoals are definitely a great way to spend the day.

While on the cruise, you can also check out the Portsmouth Naval Shipyard, lighthouses, old Naval prison and marine wildlife.

The Piscataqua river runs along the border of New Hampshire and Maine. You can take one of several bridges and cross over to Kittery, Maine while exploring Portsmouth. The two main bridges are:

The World War I Memorial Bridge is a vertical-lift bridge that goes across the Piscataqua River and connects Portsmouth, New Hampshire to Badger’s Island in Kittery, Maine. The current bridge opened in 2013, when it replaced a bridge from 1923 of similar design. The bridge is a “Memorial to the Sailors and Soldiers of New Hampshire who gave their lives in the World War 1917–1919.”

The Sarah Mildred Long Bridge is an another lift bridge that spans the river. The original bridge was in operation from 1940 to 2016. The new bridge opened in March of 2018, so it’s really new.

In season you can also see the bridges lifted to allow larger ships and sailboats to pass through. For bridge lifting schedule, check out the Portsmouth Yacht Club website.  Both bridges have a really cool and unique design.

While this was a quick weekend trip, we still had a great time exploring this unique area and learning about its history. We recommend checking it out!

Ps. The city name is pronounced Portsmuth or Portsmyth. If you’re doing research about things to do in Portsmouth, always make sure to add New Hampshire in your search. Otherwise, you’ll get results for Portsmouth, England.